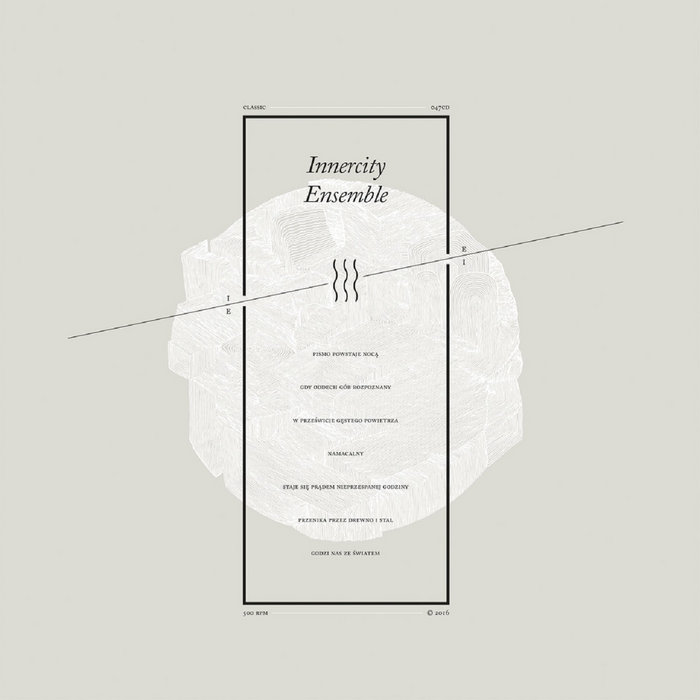 In October Instant Classic will release the third album from Innercity Ensemble – a band comprised of members of Alameda 5, Stara Rzeka, HATI, Kapital and T'ien Lai.

Entitled "III", this album consists of seven instrumental tracks recorded in a beautiful Ostromecko Palace where Innercity Ensemble recorded their previous one. "This time we took another approach – the one that assumed the creation of a more concise record, one that operates in shorter forms", says Kuba Ziołek.

"A single disc is a result of a better sound selection, a precise approach to what we wanted to achieve", adds Wojciech Jachna. "Some aspects of our music were discarded, for example noise motifs that were present on 'II'. We're also aware of what makes Innercity Ensemble's sound unique: a strong rhythm based on prepared guitars, trumpets, trance and playing with soundscapes. In short: this is our take on combining ethno, post-rock, jazz and who knows what else", explains Jachna.

"I guess we wanted 'III' to be more rhythm-based and this evolution somehow seems to be natural. Of course, there are also some soundscapes and tracks deprived of rhythm but thanks to this Innercity Ensemble still manages to stay interesting", recalls Ziołek.

Keeping in mind that the band consists of musicians from various projects, one can ponder if Innercity Ensemble is a regular band or side-project. "In the beginning Innercity Ensemble was more of a collective but now we are far from this loose approach. We spent a lot of time together, played numerous concerts, we even started rehearsing which is a breakthrough, if you ask me", says Jachna. "We normally meet before concerts and recording sessions and we still enjoy spending our time together. That's the most important aspect of Innercity Ensemble. Once this ends, the band will be over", he adds.
credits
released October 20, 2016

Manufactured and distributed by 8Merch.com